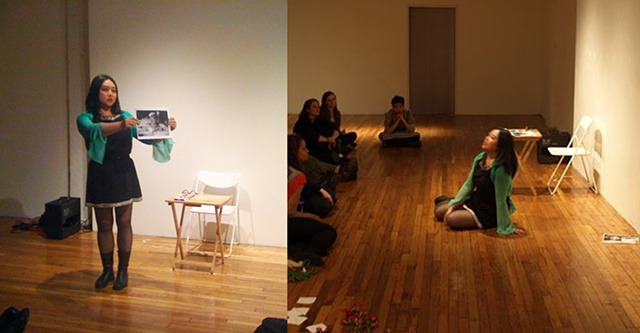 Right side photo by Hector Canonge 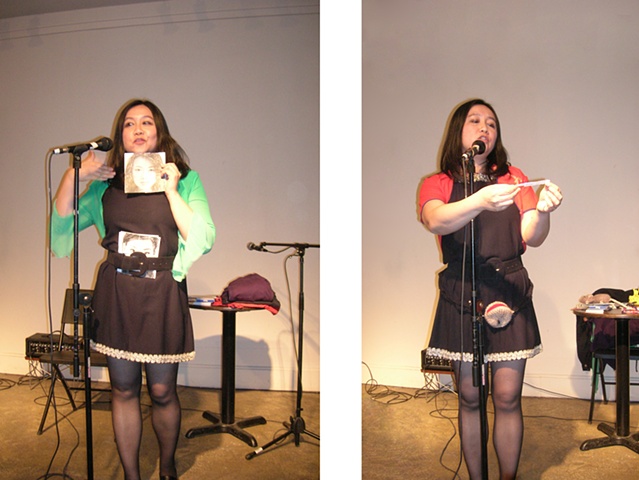 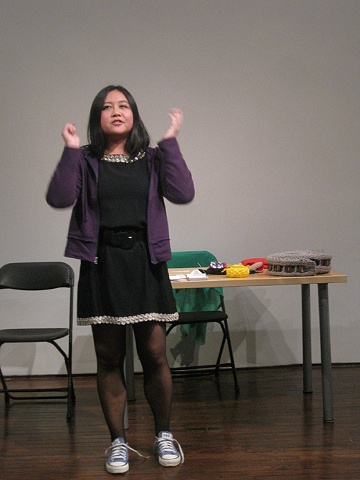 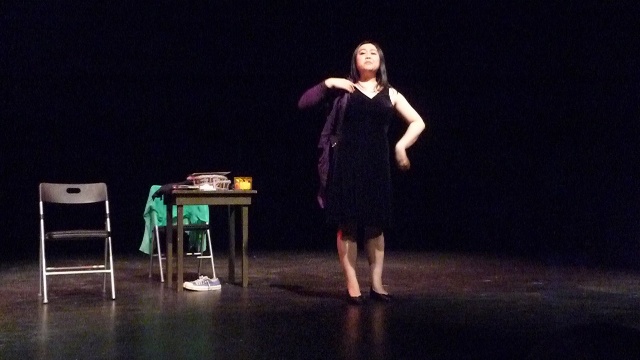 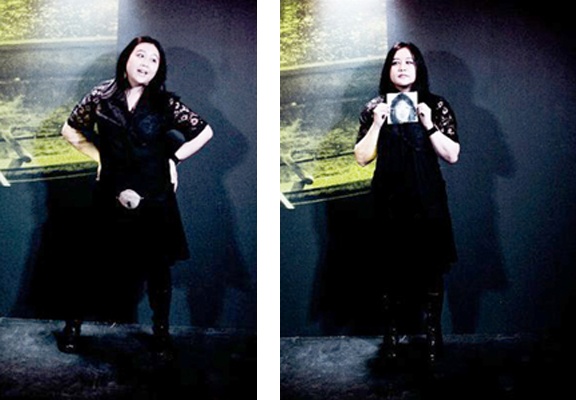 A woman’s ‘Asianness’ look has led to a great many misunderstandings: from the humorous to the demoralizing absurd. Join the artist as she rediscovers appearance on her quest ‘to belong’. Along the way are American Films and History, Men, Women, Body Gestures, and Color as seen through language play, spoken word re-enactments, satire song, and sculptural books worn on or held with the body.